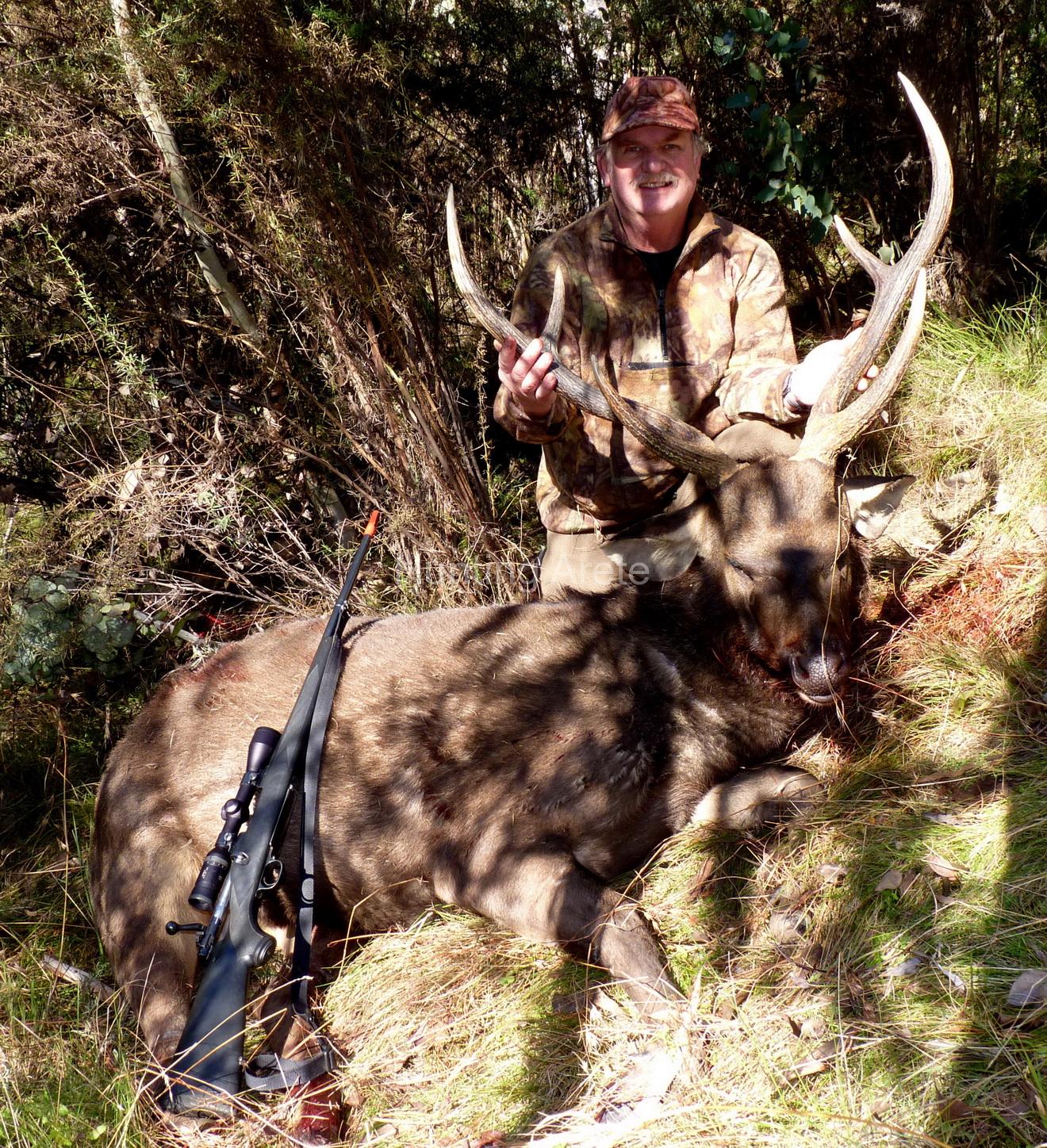 For hunters in their forties and fifties, if you ask them will they still be hunting past 65? Most will say yes, with the caveat that "if my body allows." For those younger, well that seems so far away. I heard a hunting podcast guest nail life and ageing so succinctly just last week.

"Life is like a toilet roll. The further you get into it the faster it goes"

I can only imagine what Dougy Read thinks when he recalls his voluminous hunting memories, so much packed into a life well lived. At the age of 67, Doug still ventures into the mountains of Victoria on multi-day back pack hunts. Since sighting his first Stag in the very early 1970s Doug has been hooked on the challenges of the big brown buggers.

He has hunted them over hounds and then moved to walking them up. I think it is fairly safe to say that the number of Sambar Hunters with the years of experience he has that still walk the hills with a rifle in hand, would be very small.

I struggled to come up with a title for this podcast, because over the last three years of speaking with Doug I came to think that he is the sort of man that any dedicated Deer Hunter would love to have as Uncle, Father or Grandfather. After listening to him I am sure most will agree.

His insights and recollections of a time as little as forty years ago is something to reflect on how easy we have it now. As Steve Rinella alludes to ......."the grand old days of hunting are now"

It would also be remiss of me not to thank Doug's wife Wendy for putting up with my calls to Doug, and allowing him the hours we spent on the phone. And to Doug, Thanks mate, and keep walking 'em up mate.

In turn, Arthur Bentley was pivotal in the formation of the ADA, its direction and values. A man that Doug has deep respect for.

To this day, Doug continues to contribute to deer hunters sharing his passion and knowledge on a almost daily basis via Australian Hunting Net where he is known as sambar358.

He is renowned by a core of keen hunters for the images he captures on his home brew game cameras and his love of his 35 Whelan.

Doug is a prime example of an exemplary hunter in the Sou-Pacific.

He has proven his worth and experience in sharing his knowledge as an a presenter at the ADA Sambar Hunter Education Courses.

And Hunting Arete is grateful of his willingness to continue to share his knowledge and experiences here.