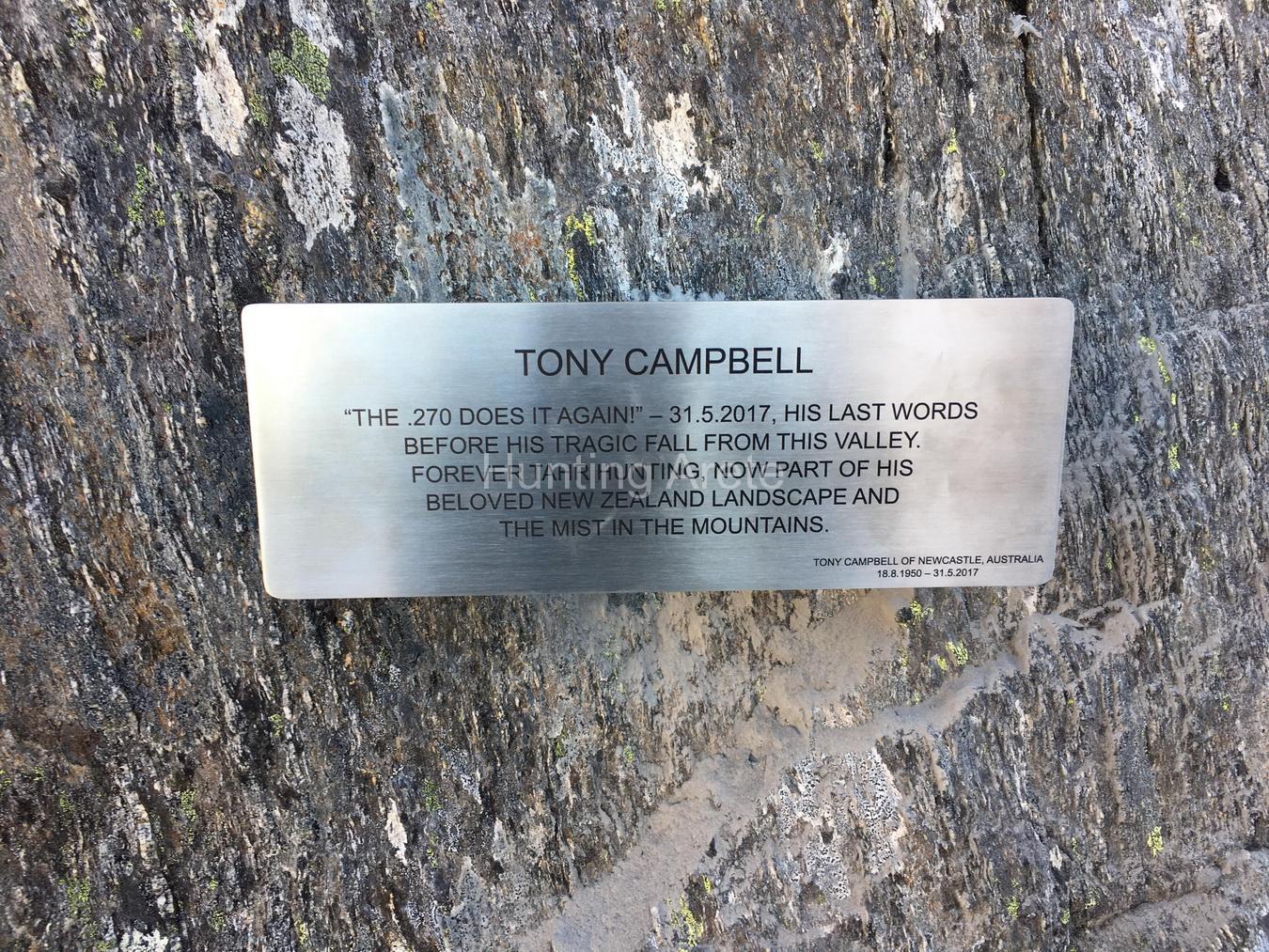 Mountain Hunting is full of challenges, danger and rewarding experiences.

Fortunately, for most of us it all goes well and ends well.

But what happens if it doesn't? Have you ever given thought to how you would handle the situation? What would the aftermath be? How would it affect friends and family?This is Anthony Campbell's story of family tragedy whilst hunting New Zealand's South Island West Coast for Himalayan Tahr with his Dad. The lead up, the incident and the following year.

From the entire on-air and off-air talks I have had with Anthony in the led-up to this podcast, and during it, one comment stands out to me. In the aftermath, Anthony's Mum said to him

This conversation has it roots stretching back over ten years ago when I first met Anthony Campbell and his father Tony.

Anthony, a keen hunter no matter the terrain or game, and a marksman that chased accuracy and reliability from his rifles beyond what he could utilise. If he missed, he wanted to emphatically know it was his fault not the guns. Tony, a great Father, Hunter and mentor. He personally provided me with guidance when I was a State President in the Australian Deer Association. Words I listened to with great respect, given his character and experience.

Tony had hunted in some of the classic locations around the world, but his second home was the mountains of New Zealand's South Island. A love that came second only to his Wife and three Children. He loved everything about those mountains and spending time in them.

I can recall the night shift in 2017, like a video, when I found out that tragedy had beset the Campbell Family.

Thanks to the character of the Campbell Clan and Anthony's willingness to share, this is the story of loss, adversity, continuation of a tradition and a celebration of Tony Campbell's life and his love of Mountain Hunting.